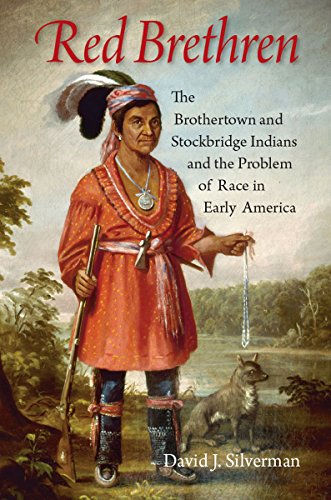 New England Indians created the multitribal Brothertown and Stockbridge communities during the eighteenth century with the intent of using Christianity and civilized reforms to cope with white expansion. In Red Brethren, David J. Silverman considers the stories of these communities and argues that Indians in early America were racial thinkers in their own right and that indigenous people rallied together as Indians not only in the context of violent resistance but also in campaigns to adjust peacefully to white dominion. All too often, the Indians discovered that their many concessions to white demands earned them no relief.

In the era of the American Revolution, the pressure of white settlements forced the Brothertowns and Stockbridges from New England to Oneida country in upstate New York. During the early nineteenth century, whites forced these Indians from Oneida country, too, until they finally wound up in Wisconsin. Tired of moving, in the 1830s and 1840s, the Brothertowns and Stockbridges became some of the first Indians to accept U.S. citizenship, which they called "becoming white," in the hope that this status would enable them to remain as Indians in Wisconsin. Even then, whites would not leave them alone.

Red Brethren traces the evolution of Indian ideas about race under this relentless pressure. In the early seventeenth century, indigenous people did not conceive of themselves as Indian. They sharpened their sense of Indian identity as they realized that Christianity would not bridge their many differences with whites, and as they fought to keep blacks out of their communities. The stories of Brothertown and Stockbridge shed light on the dynamism of Indians' own racial history and the place of Indians in the racial history of early America.