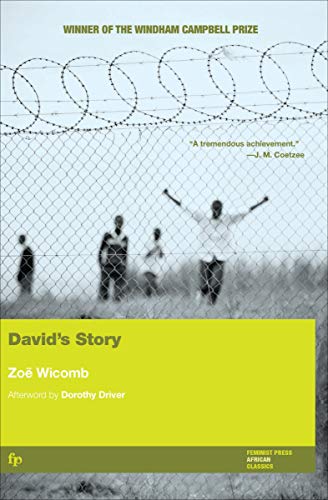 A powerful post-apartheid novel and winner of South Africa’s M-Net Literary Award, hailed by J.M. Coetzee as “a tremendous achievement.”

South Africa, 1991: Nelson Mandela is freed from prison, the African National Congress is now legal, and a new day dawns in Cape Town. David Dirkse, part of the underground world of activists, spies, and saboteurs in the liberation movement, suddenly finds himself above ground. With “time to think” after the unbanning of the movement, David searches his family tree, tracing his bloodline to the mixed-race “Coloured” people of South Africa and their antecedents among the indigenous people and early colonial settlers.

But as David studies his roots, he soon learns that he’s on a hit list. Now caught in a web of surveillance and betrayal, he’s forced to rethink his role in the struggle for “nonracial democracy,” the loyalty of his “comrades,” and his own conceptions of freedom.

Mesmerizing and multilayered, Wicomb’s award-winning novel delivers a moving examination of the nature of political vision, memory, and truth.

“A delicate, powerful novel, guided by the paradoxes of witnessing the certainties of national liberation and the uncertainties of ground-level hybrid identity, the mysteries of sexual exchange, the austerity of political fiction. Wicomb’s book belongs on a shelf with books by Maryse Condé and Yvette Christiansë.” —Gayatri Chakravorty Spivak, author of A Critique of Postcolonial Reason